The Parkhotel Brunauer is not only the ideal place to visit Salzburg, Mozart’s city. Fascinating natural spectacles, breathtaking views,
crystal clear water and much more is waiting to be discovered. Our reception team will be happy to assist you in planning your individual excursions.

Where there is a mountain, there are also steps. Anyone who looks at the Salzburg “skyline” knows: The not-only-Mozart city has many ups and downs. And although Salzburg residents often struggle to the top, one of the stairs is very special. Affectionately called “Stairway to Heaven”, this name is part of the “only” 28 steps. The holy stairs in the Kajetanerkirche can only be slid up on your knees.

The Salzburg Scala Santa is not the only one of its kind. We copied the gem in Rome – for sure. In the palace of Pontious Pilatus there is said to have been a marble staircase that Jesus himself climbed. Just before his death sentence by crucifixion. These steps were then brought to Rome and are still there. So that the steps are not dishonored, it says “No No” for shoe soles.

02How do you enjoy Salzburg's stringed rain?

How do you enjoy Salzburg's stringed rain? In which one hides from it. This is best done in one of the Salzburg museums – with the Salzburg Card admission is free, by the way. Museum der Moderne on the Mönchsberg, the Salzburg Museum on Mozartplatz, the Domquartier on Residenzplatz or the toy museum are all valid options. The “House of Nature” is best for the whole family.

Snakes, an axolotl, dinosaurs and bears can be found in the permanent exhibition. In addition, you learn the not entirely unimportant information about how much you would weigh on the moon. However, the “House of Nature” is particularly keen to stay up-to-date. And so traveling exhibitions deal with exciting topics. Right now it’s about the brain – what it can do, how it works, what our brain has to do with addiction, what happens when we don’t sleep and and and. By the way, a charming robot named Kim leads through the exhibition.

Oh, right, and then there’s a little sensation to see: a piece of Albert Einstein’s brain. Anyone who thinks: “I want to steal the good piece because it makes me rich”, think again. Nothing in the history of the “House of Nature” was as well secured as the Albert-Brain disc. 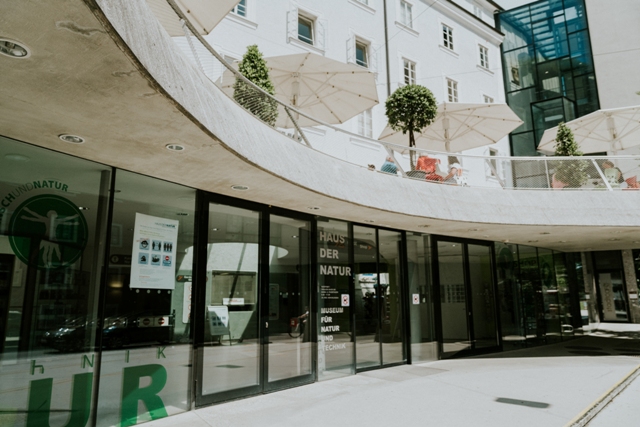 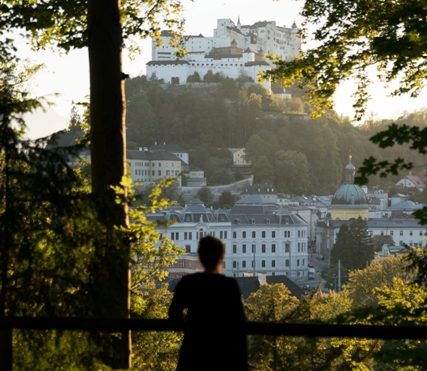 Oh, the Bürglstein. It was once a crowded Sunday destination. Today he ekes out his lonely existence on the edge of the Outer Stone. Wrongly! The small hill in Salzburg is 400 meters high. So small that he isn't even given a place in the Stadtberg squad. Hidden in the shadow of the Kapuzinerberg, it is also not so easy to find. The entrance is between Volksgarten and Arenbergstrasse - if you don't know it, you won't find it. Once you have completed the five-minute ascent, you can rest on the two benches. In most cases this will not be necessary. The view of the fortress and the old town has grown together and you can see very quickly: The Bürglstein has seen its rosiest days. What happened?

It was in the 18th century when Josef Rosenegger, a trained art gardener, conjured up an English garden out of the overgrown piece of earth. And because a sip of hard liquor was allowed to be consumed here, the little place turned into a place to be. While they were meeting, Rosenegger came across Roman finds. No wonder, apparently there was a cemetery on Bürglstein when Salzburg was still called Juvavum. Because something could be earned with finds, but there weren't many of them, Rosenegger helped and went into production himself. He finally had to stop the dizziness, but he was still allowed to show his garden, even against admission.

Today all that is long gone. However, it pays to stroll around the area and treat yourself to the view of the fortress. If you like, you can toast the gardener of the time with tea or something else. He deserved it, right?

Escada, Prada, Zara: You can buy many beautiful things in Salzburg's Getreidegasse, unfortunately most of them do not come from here. Anyone who dares to venture a few streets further, for example into the Kaiviertel, will pass by `s Fachl, a design shop for Salzburg designers.

The rents in Salzburg are, let's say the least, unaffordable. For many years, local young designers had no chance of getting their products to men or women. Until the `s Fachl opened its doors. In stores, producers rent shelves - at affordable prices. And because the idea is not only good, but is also well received, there are countless wonderful products in the trade that scream for “souvenirs”. Pottery from the Pongau, paper art from the city, jewelry from Salzburg and much more.

If you are interested in what is produced in Salzburg - apart from Mozartkugeln - it is best to take a look at the specialist shop. Warning: you will definitely leave a little money there. 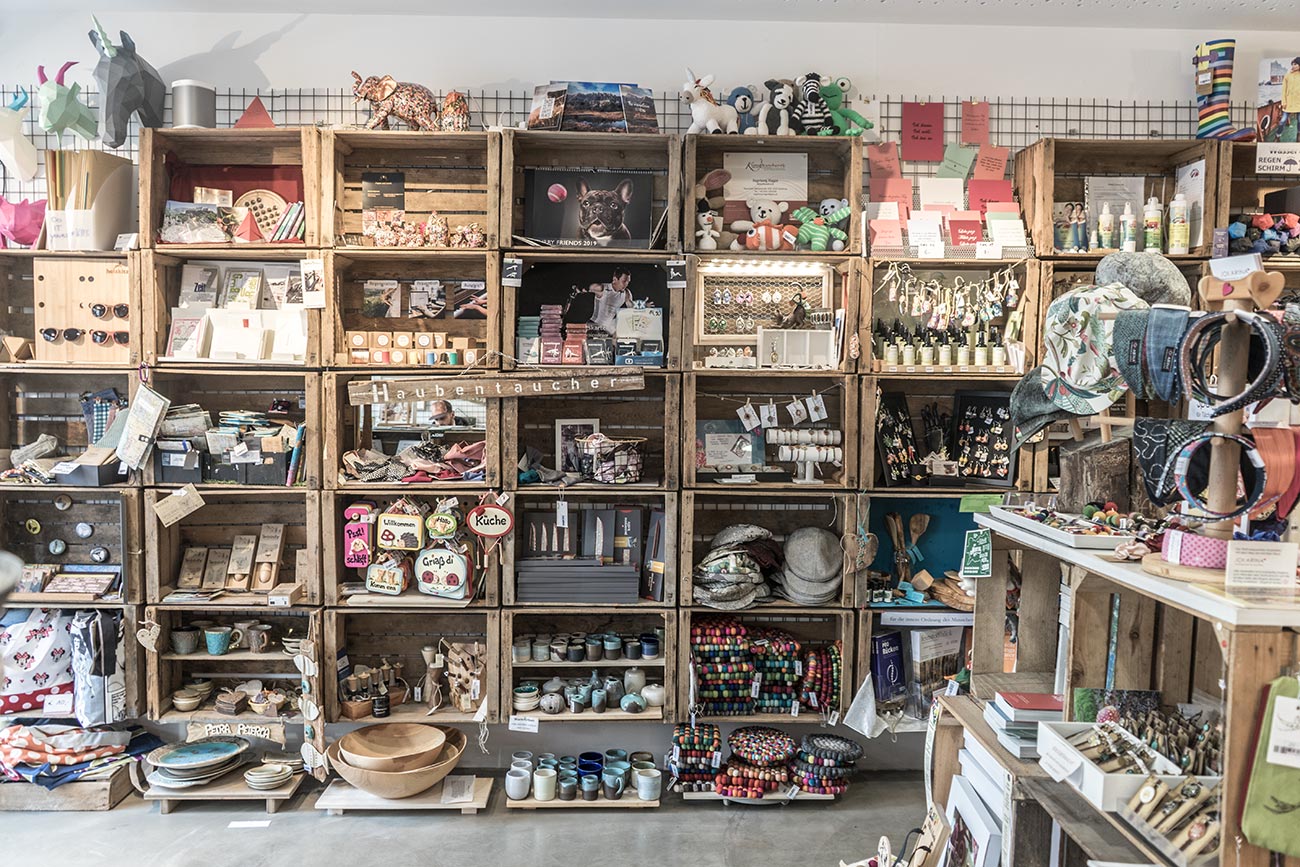 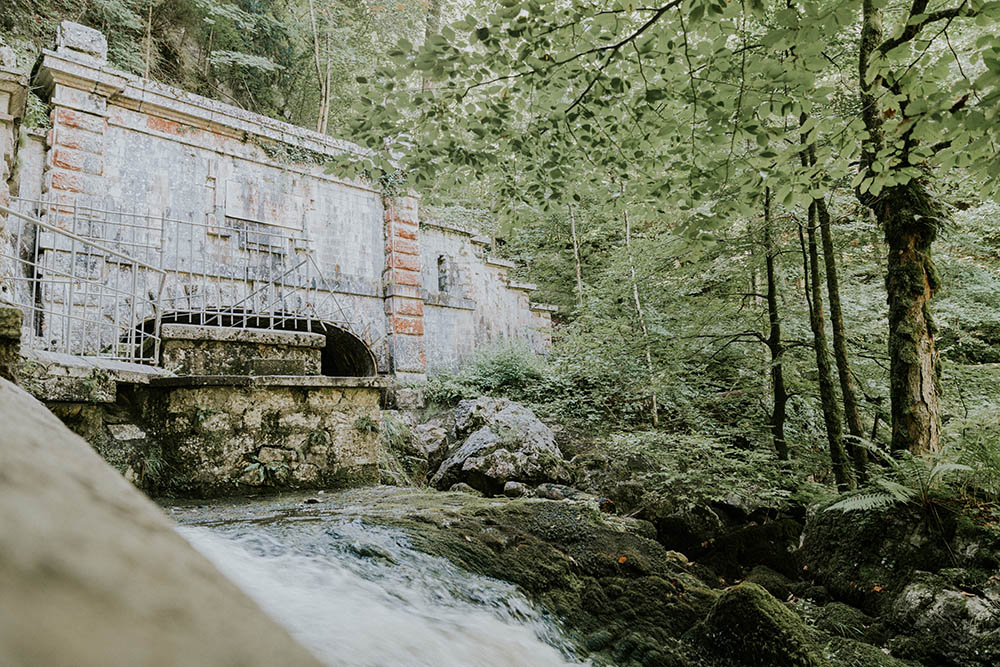 05Scary and beautiful: the gost town in Fürstenbrunn

What could be nicer than a hike into the unknown? In any case, Salzburg is a good address when it comes to creepy places. Right at the front: our goosebumps favorite, the Untersberg. Countless legends tell what happens inside the mountain and whoever has been up knows that everything could be true. Too much for you guys? Then there is a newcomer to the experience of nature at the limit: the ghost town in Fürstenbrunn.

Ok, first of all the biggest disappointment: Salzburg is not Arizona and therefore neither an abandoned saloon nor the dilapidated County Jail await adventurous day trippers in the mountain forest above Fürstenbrunn. Rather, our ghost town is an old quarry where marble was processed and dispatched until the 1960s. However, anyone who loves the charm of abandoned infrastructure and likes to watch nature recapture areas is sure to spend an exciting afternoon in front of the city gates.

There is something to see:

In the ghost town there were operating buildings for the paths of a marble saw, residence and residential buildings for the workers. Most of it has collapsed in the meantime, the tracks for transport are still there. They lead into the Devil's Gorge, where an iron grille blocks the way. One would have the possibility of crossing the gorge on the remains of an adventurous suspension bridge; which, however, was presumably reserved for those with a head for heights and those tired of life, even in the intact state. Please just don't do it.

Cookie-Settings
Based on our legitimate interests and in order to provide optimal performance to you, we use functionally necessary cookies, which secure the functionality and security of our website. In addition, we use non-functional cookies for statistical and marketing purposes in order to improve our services and to personalize our website content - but only if you check the checkbox(es) and give us your consent herewith. You can change your settings at any time under cookie-settings. More information is available at: dataprotection and privacy notice/cookies